Learn more about our newest IFA test offerings for B. vinsonii berkhoffii and B. koehlerae 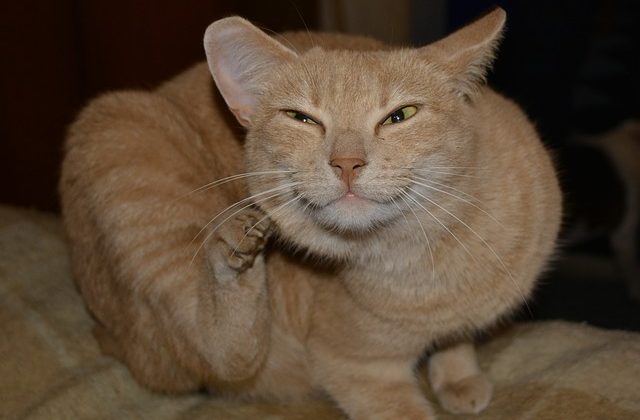 Immunofluorescence assay (IFA) is an established serology test method used in both research and clinical settings to confirm exposure to a pathogen. Although it is a useful tool for supporting diagnosis of many infectious diseases, choosing the appropriate testing and interpreting results for a suspected chronic bartonellosis case is often more complex than the average case of cat scratch disease. In this blog post, Galaxy Diagnostics’ chief scientific officer, Dr. Ed Breitschwerdt, shares his perspective on the best diagnostic strategy for confirmation of a range of Bartonella species infections.

Cat scratch disease (CSD), or acute B. henselae infection, is commonly reported in people that are scratched by a cat then develop swollen lymph nodes and/or a fever a few weeks later. Published guidelines suggest that healthcare providers clinically diagnose patients who exhibit this “classic triad” (cat scratch, fever, lymphnode enlargement) and have the proper exposure risks associated with CSD. In many cases, a healthcare provider will also submit an IFA serology test to check for a high antibody titer prior to beginning treatment. It is a straightforward algorithm that works for many people, but it does not account for the “atypical” bartonellosis patients, who do not follow the medical textbook.

A major challenge faced by both patients and healthcare providers is that Bartonella testing guidelines and interpretation of IFA serology test results have not incorporated findings from research published over the past 20 years. Diagnostic thresholds used to indicate current infection are based upon test results for patients with known or suspected CSD and known Bartonella endocarditis. These specific patient populations tend to have high antibody titers for B. henselae or B. quintana, whereas recent research suggests chronic bartonellosis patients with a broad spectrum of symptoms do not have high antibody titers or in some instances do not have antibodies to the infecting Bartonella species found in their blood or tissues.

For reasons that remain unclear, atypical, chronic bartonellosis patients generally either have low antibody titers similar to the healthy population, or do not have a detectable immune response, despite detection of Bartonella DNA in their blood via PCR or Bartonella Digital ePCR™ (BAPGM™ enrichment culture confirmed by PCR testing). Further, emerging species that mimic B. henselae and B. quintana disease manifestations (like B. vinsonii berkhoffii and B. koehlerae most often found in cats and dogs) may be missed by both indirect and direct testing methods used in most commercial diagnostic laboratories.

Understanding these challenges and considering the following may help patients and healthcare providers maximize the benefits of Galaxy Diagnostics’ Bartonella IFA and other test offerings.

1. A shared environment with pets and other animals = Shared vectors and an increased number of possible Bartonella species as a cause for disease.

A One Health approach to infectious disease diagnosis, treatment, and prevention is becoming increasingly relevant among researchers and healthcare professionals, especially amid the COVID-19 pandemic. The Center for Disease Control estimates that 75% of new and emerging infections are zoonotic, meaning they are transmitted between humans and animals. The breadth of Bartonella species and their transmission from animals to people makes a One Health approach important for choosing the best testing and obtaining an accurate diagnosis.

An estimated 67% of US households have at least one pet, with dogs and cats being the vast majority and most living inside the home. Although monthly prevention is highly effective when used appropriately, there is a chance that vectors like fleas and ticks can make it into the home. This can leave members of the household vulnerable to not only B. henselae infection, but also other Bartonella species that are associated with dogs and cats that may not always be tested for.

2. Test selection should be based upon the patient’s exposure risks.

Healthcare providers typically choose which infection to test for based upon individual exposure risks and symptoms. However, gleaning both factors is tough when it comes to chronic infections. Initial exposure to Bartonella could have happened years prior to developing cardiac, vascular, rheumatological and neurological symptoms. Further, specific infectious disease patterns are difficult to discern with bartonellosis due to symptoms that wax and wane in severity and are highly variable among similar patient populations.

It is still possible to consider which Bartonella species exposure is most likely and which testing is warranted based on published research about their primary vectors and geographic prevalence.

For example, Bartonella bacilliformis is generally only found in the Andes mountains of South America and tends to cause severe symptoms relatively quickly after sandfly transmission compared to other Bartonella species. Unless a patient traveled to this area and was exhibiting symptoms consistent with Carrión’s disease, testing positive for exposure to this species would be unlikely in a patient in North America, Europe or other regions outside of the endemic area.

Bartonella quintana infection has primarily been associated with soldiers, hence the given name of trench fever. Nowadays, most cases in the United States and other highly developed countries are discovered among homeless populations because it is transmitted by body lice. There is one incidence of B. quintana being isolated following a cat bite, but it is unclear how common this route of transmission is.

Bartonella elizabethae is found in rats, most often in urban environments. This species has induced endocarditis, but other disease associations based upon PCR or bacterial culture have not been reported from the United States.

In contrast, B. henselae, B. koehlerae, and B. vinsonii berkhoffii are likely the most ubiquitous species for which the average person might be exposed to throughout the world. These species have all been associated with chronic or atypical bartonellosis affecting animal care workers and are highly prevalent among vectors, specifically fleas, that are associated with dogs and cats. These are the species most often detected in studies published by the Bartonella Project at NC State University College of Veterinary Medicine.

An IFA, or immunofluorescence assay, detects antibodies that the immune system creates in response to the presence of a pathogen.

An advantage to Galaxy’s Bartonella IFA Serology Panel is the high specificity for Bartonella species that affect cats, dogs, and people. A 2020 NCSU study showed a specificity of 97% for B. henselae, B. vinsonii berkhoffii, and B. koehlerae in nearly 16,000 dogs that were suspected of having a vector-borne infection. Like the NCSU Bartonella research team, Galaxy Diagnostics uses cell-culture-derived antigens derived from patient Bartonella isolates to ensure the highest levels of sensitivity and specificity.

A big limitation of any type of serology testing for Bartonella; however, is that patients may not always produce detectable antibodies. Bartonella species grow slowly and evade the immune system, leading to high rates of false negative serology (specificity very good, sensitivity a limitation). Further, chronic Bartonella species infection has been implicated in immune dysregulation, which impacts the immune system’s ability to adequately respond to an infection and may increase the likelihood of false negative serology test results.

Research suggests that patients who do not produce detectable antibodies may test positive by direct detection via PCR. In addition to published case reports, this clinical scenario is perhaps best illustrated a very recent publication that documented Bartonella infection in dogs with a cancer called hemangiosarcoma, where most infected dogs were not seroreactive to the infecting Bartonella species. Most of these individuals do not have antibodies to any Bartonella species.

Bartonellosis represents an important emerging infectious disease of animals and humans. These bacterial pathogens truly break the mold when it comes to traditional ideas of optimal diagnostic testing strategies and continue to challenge our understanding of the chronic pathogenesis among patients with such varied symptomatology. The teams at Galaxy, NCSU and our research partners are driving discovery, while attempting to define the clinical importance of these emerging pathogens. We urge clinicians and public health workers to consider a One Health perspective and to follow us to learn more about emerging research on Bartonella infection.

FOR PROVIDERS- Learn How To Order
FOR PATIENTS-Patient Resources